Qualcomm (NASDAQ:QCOM) receives little attention amid the chip shortage. Despite its potential, doubts about the company have appeared to trump its potential in the minds of many investors.

Nonetheless, the company has taken steps to benefit from the 5G upgrade cycle and apply its technology to other areas of the tech sector. Such moves can not only boost Qualcomm stock but also possibly turn it into a lucrative opportunity during the chip shortage. 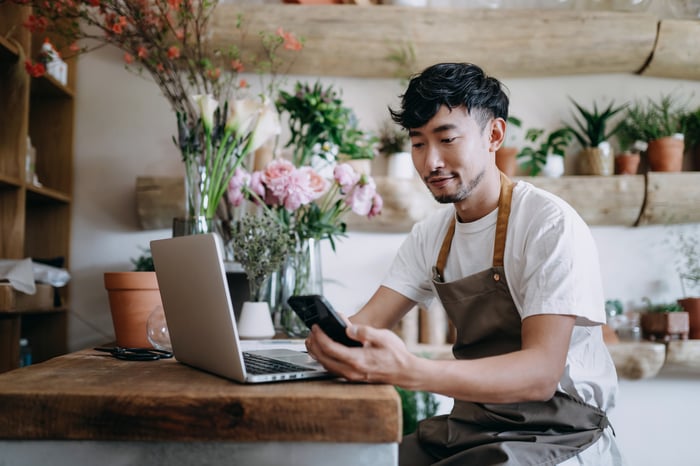 One critical factor in the Qualcomm story receives too little attention — the 5G upgrade cycle. Despite the best efforts of competitors, Qualcomm’s portfolio of patent technologies means that no 5G phone can run without a Qualcomm chipset.

Additionally, Grand View Research forecasts a compound annual growth rate of 69% for the smartphone chipset market through 2028. That factor alone continues to boost Qualcomm as the world’s consumers and businesses make the 5G upgrade.

However, this success has not stopped Qualcomm from seeking out other markets. At this year’s Consumer Electronics Show, CEO Cristiano Amon emphasized the company’s role in autonomous driving. It has introduced a “digital chassis,” a series of cloud-connected automotive applications that automakers can partially or fully adopt. To this end, Qualcomm announced deals with Honda Motor, Volvo, and Renault.

Amon also highlighted Qualcomm’s strengths in the metaverse, noting that its Snapdragon processors power the Quest 2 VR headsets manufactured by Meta Platforms. Amon told Barron’s that he believes these headsets will run many applications currently powered by smartphones. Hence, this makes it more likely Qualcomm will continue to adapt to the changes in the tech industry.

Internet-of-Things-related networking, PCs, and wireless fiber are among the company’s interests outside smartphones. Still, it better addressed what has arguably become the most pressing problem in the chip industry — the chip shortage. In an interview with CNBC in November, Amon revealed that the company anticipated the shortage and contracted with several factories to meet demand. Nonetheless, Amon added that “demand would still exceed supply,” and since many of its clients face a supply squeeze, that will probably affect Qualcomm as well.

To this end, Qualcomm investors remain reticent about the opportunity. Apple‘s purchase of Intel‘s smartphone chipset business led to concerns the iPhone would no longer use Qualcomm chipsets. So far, that fear has not materialized. Also, some investors feared Nvidia‘s attempted takeover of Arm Holdings would have given Nvidia control of some chip patents critical to Qualcomm’s success. Still, U.K. antitrust authorities appear poised to block that deal.

The state of Qualcomm’s financials

Nor have such fears materialized in the financials. Qualcomm reported non-GAAP (adjusted) revenue of $33.5 billion in fiscal 2021, 55% more than in fiscal 2020. Also, Qualcomm reported a net income of just over $9 billion in 2021, a 74% surge compared with 2020. Income rose faster than revenue as the company limited the increase in costs and expenses to 37%. Also, an additional $1 billion in investment and other income helped offset a $700 million increase in income tax expenses.

However, the first-quarter 2022 outlook may point to both struggle and uncertainty. A projection of $10.4 billion in Q1 2022 revenue at the midpoint would mean a 27% growth rate. While still robust, this lags recent quarters as supply constraints limit component supplies for key Qualcomm clients. Also, the lack of a projection beyond Q1 could point to lower revenue in the near term. Analysts have predicted only 18% revenue growth for fiscal 2022.

The stock price rose by only 20% over the last year. Nonetheless, it has sidestepped the recent sell-off that hit many other growth stocks, giving investors reasons to buy Qualcomm stock near its all-time high. Also, at a P/E ratio of only 24, it sells at a massive discount to both Apple and Nvidia, which trade for 31 times and 88 times earnings, respectively.

The state of Qualcomm

Despite massive growth in recent quarters, the 24 P/E ratio indicates the market has ignored Qualcomm’s enormous growth potential. Also, thanks to its prior planning, it not only reduced damage related to the chip shortage but also bolstered current and emerging business lines.

Admittedly, the projections for falling revenue amid its clients’ supply shortages point to some industry uncertainty. However, its 5G potential and low multiple may make the near-term doubts in this chip stock well worth enduring.

This article represents the opinion of the writer, who may disagree with the “official” recommendation position of a Motley Fool premium advisory service. We’re motley! Questioning an investing thesis — even one of our own — helps us all think critically about investing and make decisions that help us become smarter, happier, and richer.